What is Homesteading? A Simple Answer

What is Homesteading exactly? Here is the simplest definition for the modern age.

There’s a bit of confusion about what really counts as homesteading. Let’s clear that up in this article.

So, what is Homesteading?

Homesteading is doing activities that provide a self-sufficient lifestyle without paying someone else for the goods or services.

But it doesn’t mean you have to make or grow everything yourself from scratch.

Here’s a list of activities that count as ‘homesteading’. A homesteader does one, some, most or all of these things. They could do them sometimes, occasionally, or every day.

Making whatever you need

For the definition of homesteading, whether you own land or even your home doesn’t matter. You could be renting an apartment but growing vegetables in pots. You could be using a benchtop composter to compost and you could still consider yourself a homesteader.

Let’s move on to types of homesteading you find people doing depending on where they live.

When someone says ‘homesteading’, the picture in your head is of a house somewhere on a big plot of land in the countryside. Gardens surround the house with all kinds of vegetables and plants and there’s a paddock of animals. A bunch of chickens, a dairy cow, maybe even a couple of pigs.

These are definitely homesteads. This is different from commercial farms that raise cattle, vegetables or fruits on a mass scale for sale. Homesteaders can still do these things, but providing your own essentials by making or growing them, rather than buying them, is the key difference between a farmer and a homesteader.

Live in the suburbs? Lots of people start out this way. A backyard is enough to grow a few vegetables and raise some chickens. This is also considered homesteading, and you could call it a backyard homestead if you wish.

Some people start off in the city. A balcony facing the sun works for growing some plants and vegetables. Even indoors, as long as there’s enough sun. Mushrooms and worms can be grown in the dark in bins under the sink.

Apartment homesteaders might make their own clothes, or repurpose a lot of their waste.

Whether or not a homesteader makes and sells things through value-added products, or the things they grow doesn’t change the definition of a homesteader. As long as they provide their essentials themselves without buying a lot of it is what counts.

But, some money is still important for homesteaders in case of emergencies. There are things that are difficult, complicated, or simply dangerous to fix yourself. Think broken solar panels, electrical wiring and plumbing systems. Some of these you may have to pay for.

Homesteaders need some money either in the bank or a small income stream. I’ve written about small farm income ideas if you would like to make money while living on your homestead.

One of the points in the list above was about Power. Using renewable energy or being off-grid is not essential to being a homesteader.

In a nutshell, off-grid living is homesteading but homesteading is not living off-grid. Check out my article on how to live off grid, which details the differences between Homesteading and Off-Grid living.

Where did Homesteading Come From?

After all that, I hope you understand the definition of homesteading! Now, where did it come from?

The word ‘homestead’ became popular during the Homestead Act in the USA in 1862. The Homestead Act was passed by then-president Abraham Lincoln. The Act gave plots of public land to American citizens for a small fee.

That’s how the term became popular and known today.

That’s basically it! If you’re curious about homesteading or want to get started in it, I recommend first learning how to grow your own vegetables. Starting with the easier ones. Here’s our guide on how to begin gardening. 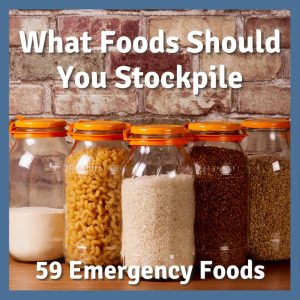 What Foods Should You Stockpile: 59 Best Foods For Emergencies 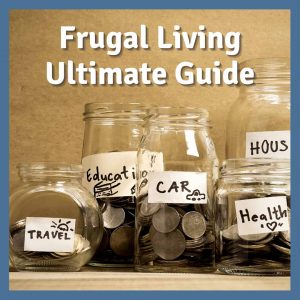 The Ultimate Guide to Frugal Living: 69 Top Tips to Save Faster 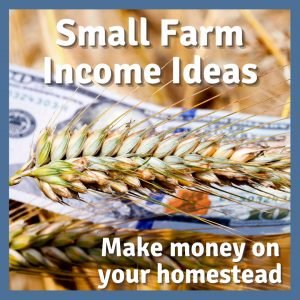 79 Small Farm Income Ideas For Self Sufficiency and Profit